Imran Abbas and Alizeh Shah have been part of the entertainment industry for quite a while now. The both have been part of some amazing projects and have created their own identity with their work. Both look good together on and off the screen and a rumour has it that they are about to tie the knot soon.

Recently the duo was seen together in Jo Tu Chahay and stunned the audience with their performance. In fact, the chemistry between the two is the main reason the drama became a hit. It is mention-worthy here that Imran Abbas, who has been in the industry for a little longer and is known for his powerful characters in Meri Zaat Zara-e-Benishan, Tum Kon Piya, Akbari Asghari, Dil-e-Muztar, Alvida and Mohabbat Tumsay Nafrat Hai has never been mentioned in any kind of scandal before and this is why this news becomes even more interesting.

In an interview, Imran Abbas has candidly hinted towards getting married soon and people cannot help but speculate that he is going to choose Alizeh Shah as his life partner. They have already been spending quality time together and, unlike on screen, where they seem to have serious personalities, both are having a lot of fun together. According to sources, the two have been dating for a couple of months now.

Here is a video of them lip-syncing to dialogues from the blockbuster movie Jab We Met.

Imran Abbas took to Instagram and rubbished all these baseless rumors of his marriage. In a question/answer session, his fans asked a lot of questions about his personal and professional life, which the actor answered patiently. It was in response to one of these questions that Imran Abbas spilled the beans on his marriage.

Let us see how things roll out for both of them and we would be more than delighted to see them together, again, in real life. All the best to both of them!

Have to say something about this story? Share away! 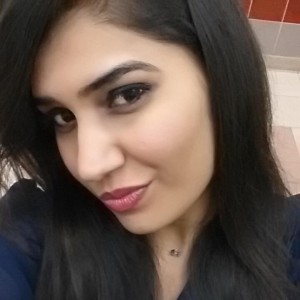